Gareth Jumps off the 5fm Cliff – how the online community reacted

Excuse our catchy title, but we just could not resist! This morning, DJ Gareth Cliff announced that he will be leaving 5fm after 10 years with the radio station. He feels it is time to move on and look to the future with regards to his career. Naturally this came as quite a shock to his listeners and fans who have come to love the outspoken DJ for his straight talking attitude as well as his dry wit and sense of humour. Some people were angry, some happy for Mr Cliff and some decided that this must be an early April Fools joke. We pulled in some data to investigate how people online have reacted to the news.

Are people genuinely angry about the fact that Gareth is leaving 5fm? We divided the sentiment into sad people vs those who wished him well on his new journey. We checked the online sentiment and discovered that 12.1% of people are angry/hurt/upset that Gareth Cliff will no longer be joining them via the airwaves while they travel to work in the mornings. People have commented that “Radio will never be the same” and there are many sad faces 😦 around. 3% of people have sent their best wishes for the future and have said they will follow him on his new and exciting journey.

The news has reached a fair amount of people in the space of a few hours with 11 115 unique people interacting with posts related to Gareth leaving 5fm. There has been an average of 16.9 people per conversation on the subject. 11 115 people is not a very high number considering that Gareth has over 600 000 Twitter followers and over 400 000 likes on Facebook. However, there have been 652 conversations online surrounding the subject of 5fm losing one of their stars. This is a huge amount of activity in such a short space of time. 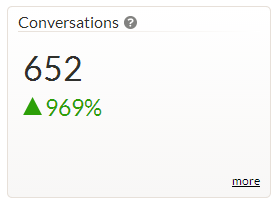 Quite a few people have said: Hey, tomorrow is April Fools day, this has got to be a joke!

While others have claimed that radio is just not worth listening to anymore and 5fm is going to suffer without him.

One fellow has posed the question as to whether Gareth perhaps got fired or asked to leave after him and his team sang a mockery song on Friday about Nkandla.

We thought it would be interesting to see who the audience is who are tweeting and posting about Gareth leaving. As you can see it is mostly woman talking about this, but Gareth has attracted the opinions of all ages from the very young to people in their 40’s.

We are not sure what to make of the news. Perhaps it is a joke, perhaps not. All we know is that the news has affected many people today. If the news is true, we wish Gareth well on his new journey in life. If not – kudos for pulling off such an emotional April Fools gag. Thank you to Tracx for the ability to monitor all sorts of news shared online 🙂

For all your ORM, monitoring, tracking and social intelligence needs contact us DIGITAL REPUBLIC

← The Digital Road to Miss SA
Does digital affect your vote? SA Elections follow up →